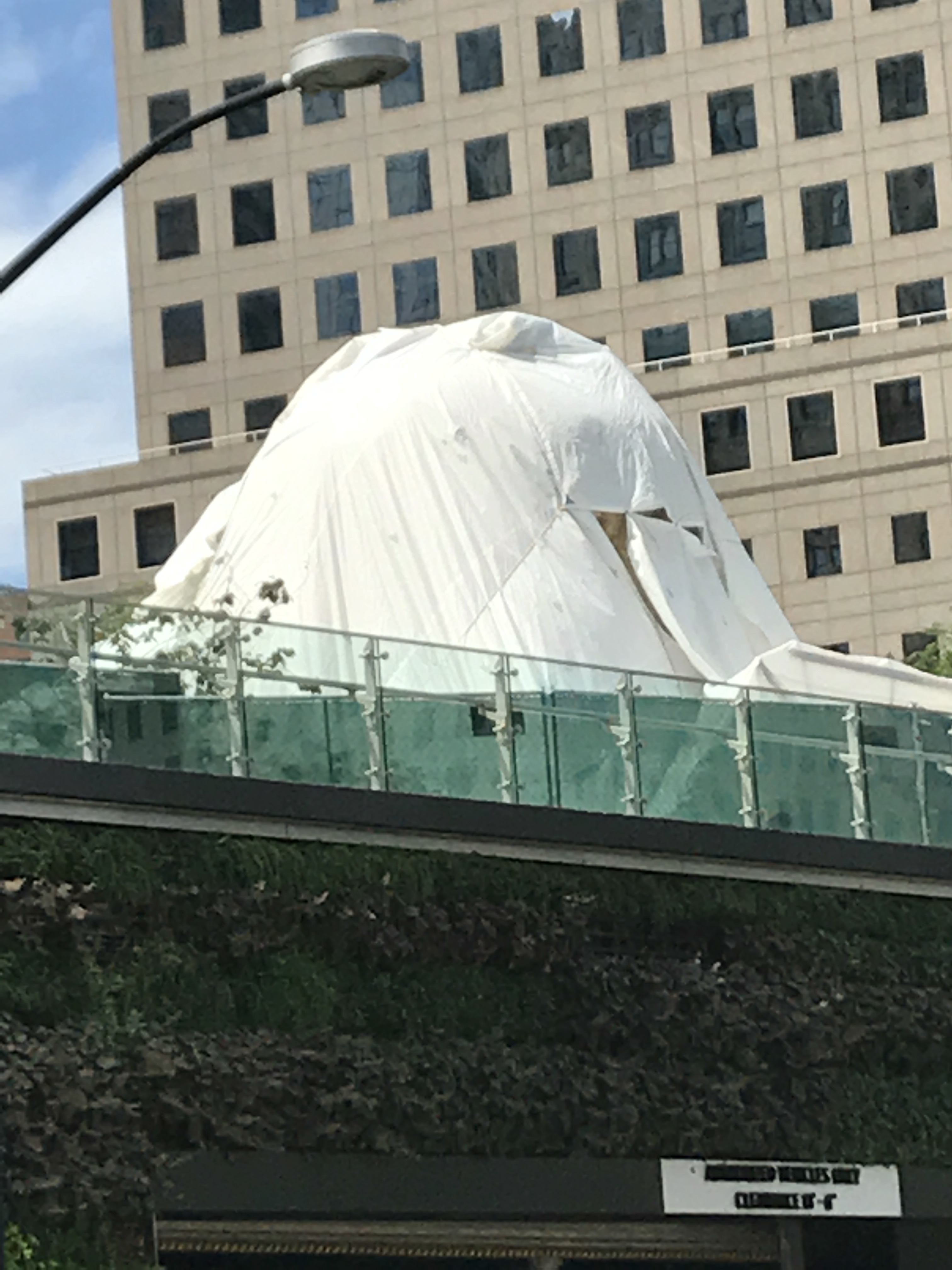 Underneath that white sheeting is the Sphere. The Sphere that was sculpted by Fritz Koenig and sat in Tobin Plaza at the World Trade Center from 1971 to 2001. The Sphere that is one of the few remaining pieces of the original World Trade Center that still exist. Personally I don’t have a connection to the Sphere. I didn’t see it everyday as I went to work but I have friends who did. Last week the Sphere was moved from Battery Park where it set since 2002 to its new home in Liberty Park. I have friends who are upset by the media saying it came home because to them it didn’t come home. It doesn’t sit on the National September 11 Memorial as many believe it should.

Last Wednesday as I supported a 9/11 Tribute Museum walking tour and saw the Sphere in its new spot for the first time, I was struck by a few thoughts I wanted to share. I was glad for my friends. Many fought long and hard to preserve it. Well done. I wondered if sitting where it does it isn’t a statement to the fact that we can’t really ever go home? And then again sitting as it does overlooking the Memorial is it watching over or guarding its original home?  Finally once it is uncovered the damage it displays will speak volumes to what happened on September 11, 2001 in a way that the beautiful plaza doesn’t.

So to the Sphere I say “Welcome to the neighborhood! Glad you could join us.”

According to a fellow docent, it will be unveiled in the near future. I look forward to seeing it.